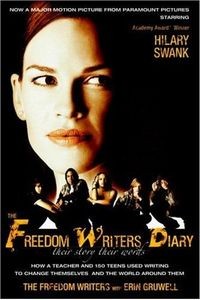 WASHINGTON (CNN) -- This week marks the 40th anniversary of the Freedom Rides, in which a handful of black and white civil rights activists, college students and ministers rode buses through the South in order to test a Supreme Court order that banned racial discrimination in interstate travel.
As they attempted to sit in the front seats of buses and attempted to enter "whites-only" waiting rooms, they were beaten by mobs, arrested and one of the buses was firebombed.
Rep. John Lewis, D-Georgia, was then a college student and a member of the Student Nonviolent Coordinating Committee and one of the Freedom Riders. He was severely beaten when a mob numbering in the hundreds attacked the riders in Montgomery, Alabama.
Lewis spoke to CNN's Stephen Frazier on Thursday morning from Washington D.C.

Frazier: I understand, later today, three buses are going to leave Washington. Here's what they're reenacting. We're looking at photos today -- here's one of them -- which shows a Ku Klux Klansman beating a Freedom Rider in May '61. At least one of those Klansman has a pipe or a stick or something.
Do you remember how violent this was?

Lewis: Well, it was very violent. It was 13 of us on the original ride -- seven whites and six blacks. The bus was burned in Anniston, Alabama. We were beaten in Birmingham, and later met by an angry mob in Montgomery, where I was hit in the head with a wooden crate.
It was very violent. I thought I was going to die. I was left lying at the Greyhound bus station in Montgomery unconscious.

Frazier: Here's a picture of the bus burning. And that was only -- they only stopped there because they had a flat. So people were laying for you wherever you went, is what I gather from this.

Lewis: Well, members of the Klan had deflated the tires from the bus stop in Anniston, Alabama. This is between Atlanta and Birmingham. And outside of Anniston, the bus had to stop and it was fire-bombed.

Frazier: Well, there are an awful lot of people who have been born since then who don't remember what that original Freedom Ride was intended to try to protest.

Lewis: Well, the Freedom Ride was to test a decision of the United States Supreme Court banning segregation in the areas of public transportation. It was almost impossible for blacks and whites to travel together from Washington, D.C. through the South to New Orleans. And you had signs saying, "White Waiting," "Colored Waiting," "White Men," "Colored Men," "White Women," "Colored Women."
Segregation was the order of the day. There was a tremendous amount of fear. So the Ride was going to test this decision, try to desegregate these places, but also to take the civil rights movement into the heart of deep South.

Frazier: And you mentioned the 13 people. Who were they? What were their jobs in daily life?

Frazier: I understand a lot of veterans have gathered back in Washington and will be taking part in this reenactment that begins today.

Frazier: Like the Passion almost -- and, you know, the difficulties faced by Christ.

Lewis: Well, many of us, we didn't know whether we would return to Washington or being returning to our homes. Many of us, as students and young people, wrote our wills. And we signed statements because it was a very dangerous mission.

Frazier: Of course, now, we're looking back at all of those events. But what about today, when you think of what's happening, all the racial strife in Cincinnati recently and a trial in Birmingham reminiscent of those days in which a man was found guilty of bombing a church and killing four young girls?

Lewis: Well, we have come such a distance. We have made a lot of progress. Those signs are gone. The fear is gone. What happened in Birmingham with the conviction of this man, it shows that you may try to run from justice, but justice will track you down. But we still have problems. The scars and stains of racism are still deeply embedded in every corner of the American society. So it's not just in the South, but it's in cities like Cincinnati and other parts of our country.

The Freedom Writers Diary is the amazing true story of strength, courage, and achievement in the face of adversity. In the fall of 1994, in Room 203 at Woodrow Wilson High School in Long Beach, California, an idealistic teacher named Erin Gruwell faced her first group of students, dubbed by the administration as "unteachable, at-risk" teenagers. The class was a diverse mix of African-American, Latino, Cambodian, Vietnamese, and Caucasian students, many of whom had grown up in rough neighborhoods in Long Beach. In the first few weeks of class, the students made it clear that they were not interested in what their teacher had to say, and made bets about how long she would last in their classroom.

Then a pivotal moment changed their lives forever. When a racial caricature of one of the African-American students circulated the classroom, Erin Gruwell angrily intercepted the drawing and compared it to the Nazi caricatures of Jews during the Holocaust. To her amazement, the students responded with puzzled looks. Erin Gruwell was appalled to discover that many of her students had never heard of the Holocaust. When she asked how many in her class had been shot at, however, almost all of them raised their hands, and began lifting their shirts to show their scars. This initiated a battle-scar show-and-tell that left Erin Gruwell shocked and inspired to take advantage of the powerful energy she had sparked.

By fostering an educational philosophy that valued and promoted diversity, she transformed her students' lives. She encouraged them to rethink rigid beliefs about themselves and others, to reconsider daily decisions, and to rechart their futures. With Erin's steadfast support, her students shattered stereotypes to become critical thinkers, aspiring college students, and citizens for change. They even dubbed themselves the "Freedom Writers" - in homage to the Civil Rights activists the "Freedom Riders" - and published a book.